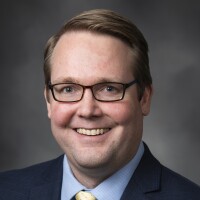 Bio: Jason Robert Combs is an assistant professor of ancient scripture at Brigham Young University. He joined the BYU faculty in 2016 after working as a lecturer at High Point University, Guilford College, and UNC-Greensboro in North Carolina. Combs earned his bachelor’s degree in Near Eastern studies from BYU. He holds master's degrees in biblical studies from Yale Divinity School and in classics from Columbia University. He earned his PhD in religious studies with an emphasis on the history of early Christianity from the University of North Carolina at Chapel Hill.