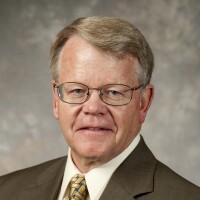 Andrew C. Skinner was born and raised in Colorado. He attended the University of Colorado where he earned his B.A. degree in history. He then earned an M.A. degree from the Iliff School of Theology in Jewish Studies and a Th.M. degree from Harvard in Biblical Hebrew. He did graduate work at Hebrew University in Jerusalem, Israel. His Ph.D. was awarded from the University of Denver in Near Eastern and European History, specializing in Judaism.

Brother Skinner taught four years at Ricks College, and has filled three assignments at the BYU Jerusalem Center where he served as a faculty member and taught Near Eastern Studies. Since September 2000 he has served as the Dean of Religious Education at Brigham Young University. Prior to his current appointment, he served as chair of the department of Ancient Scripture at BYU. He is the author or co-author of over 100 publications including Jerusalem: The Eternal City; New Testament Apostles Testify of Christ; Discoveries in the Judaean Desert: The Unidentified Fragments from Qumran Cave 4 (which is an analysis of all the unidentified Hebrew and Aramaic Dead Sea Scroll texts); Scriptural Parables for the Latter Days, andGethsemane.

He served a full time mission for the LDS Church from 1970-72 in the California Central Mission and served as Branch President at the Missionary Training Center in Provo. He has also served as a bishop in Colorado and Utah and currently serves as a member of the Correlation Evaluation Committee of the Church.

He and his wife Janet Corbridge reside in Lindon, Utah, and they are the parents of six children.

Old and New Testament; History of the Ancient Near East; Book of Mormon; Military History