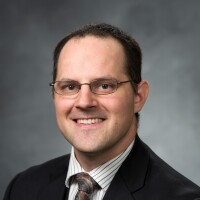 Dr. Shannon was born in Quantico, Virginia, and spent most of his young life in Virginia. He served a mission first in the Oregon Portland Mission and then in the Washington Kennewick Mission after the Oregon Portland Mission was split. Dr. Shannon earned a BA in ancient Near Eastern studies from Brigham Young University (2007), a master of studies in Jewish studies from the University of Oxford (2008), and a PhD in Near Eastern languages and cultures with a graduate interdisplinary specialization in religions of the ancient Mediterranean from The Ohio State University (2015).

He and his wife, Thora, have seven children.

Areas of Research: Idolatry and Image Worship, Jewish/non-Jewish Interactions, Tribal and Affinity Groups, Kingship and Priesthood in the Ancient World