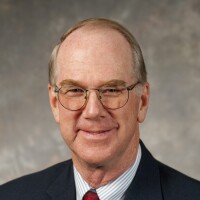 Bio: Pike has taught at BYU since 1992. He received his B.S. in Near Eastern Archaeology and Anthropology from Brigham Young University (1978), and his Ph.D. in the Hebrew Bible and Ancient Near Eastern Studies from the University of Pennsylvania (1990).

After serving seven years as the Coordinator for the interdepartmental Ancient Near Eastern Studies major, and four years as an Associate Dean of Religious Education, he served as Chair of the department of Ancient Scripture until 2020.