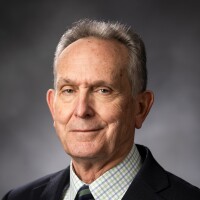 Jeff Chadwick was born and raised in Ogden, Utah, and graduated from world-famous Ben Lomond High School. He served a two-year LDS mission in West Berlin and West Germany (in the old Hamburg mission) in the mid-1970s. He and his wife, Kim, are the parents of six adult children and a dozen grandchildren. Dr. Chadwick earned a BA from Weber State College (1978) with a major in Political Science and a minors in German and Police Science. He earned a MA degree from Brigham Young University (1984) in International and Area Studies, focusing on Middle Eastern Politics and Ancient Near Eastern Studies (Historical Geography). He also did graduate work in Israel at Tel Aviv University and at the Hebrew University of Jerusalem while completing his Ph.D. at the University of Utah Middle East Center in Archaeology and Anthropology, specializing in the archaeology of the Land of Israel, with a minor in Hebrew, Egyptian, and Aramaic languages. He taught for the Church Educational System for twenty years in the LDS Seminaries (1980s) and the Institutes of Religion at Weber State and Utah State University (1990s). He has been affiliated with the BYU Jerusalem Center as a faculty member for forty years, since 1982 (before the current Center was built). Joined by his wife Kim, he has taught Ancient Scripture and Near Eastern Studies courses in twenty-three different student programs at the BYU Jerusalem Center between 1982 and 2015, travelling widely with his Jerusalem Center students in field study all over Israel, Jordan, Egypt, and Turkey. He'll be returning to teach at the Jerusalem Center again after the virus pandemic subsides.

Dr. Chadwick has also researched, surveyed, and excavated at several historical and biblical sites in Israel, including Jerusalem and Hebron (Tell er-Rumeide) in the 1980s, Ekron (Tel Miqne) in the 1990s, and at Gath of the Philistines (Tell es-Safi) since 2001 and for the last twenty years. He is currently senior field archaeologist with the Tell es-Safi/Gath Archaeological Project in Israel (Aren M. Maeir, Bar-Ilan University, Project Director), where he directs excavations in Area F in the "upper city" and in Area D in the "lower city" of the ancient Philistine capital city. He is also director of the American Expedition to Hebron (AEH) Publication Project and associate member of the original AEH excavation staff. He has served as a member of the board of trustees of the American Schools of Oriental Research (ASOR) and is a senior fellow at the W. F. Albright Institute of Archaeological Research in Jerusalem. He is the author of three books, editor of a fourth, and has published more than seventy academic articles, chapters, and studies.