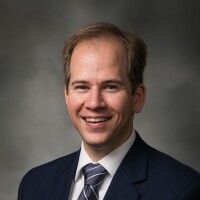 Joshua Sears grew up in Southern California and served in the Chile Osorno Mission. He received a BA in ancient Near Eastern studies from BYU, where he taught at the Missionary Training Center and volunteered as an EMT. He received an MA from The Ohio State University and a PhD in Hebrew Bible at The University of Texas at Austin. His research interests include Israelite prophecy, marriage and families in the ancient world, and the publication history of Latter-day Saint scripture. He has presented at regional and national meetings of the Society of Biblical Literature, BYU Education Week, the Sidney B. Sperry Symposium, and the Leonardo Museum Conference on the Dead Sea Scrolls. His wife, Alice, is from Hong Kong and plays in Bells at Temple Square; they live in Lindon, Utah, with their five children.