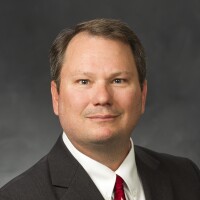 Kerry Hull is a Professor in the department of Religion at Brigham Young University. He earned a B.A. in Spanish and B.A. in French in 1992 from Utah State University. He received an M.S. in Applied Linguistics from Georgetown University in 1993. He completed a Ph.D. in Linguistic Anthropology at the University of Texas at Austin in 2003. His academic interests include Maya linguistics and anthropology, Polynesian linguistics, historical linguistics, sociolinguistics, and Maya epigraphic studies. He has conducted linguistic, ethnographic, and archaeological fieldwork in Mexico, Belize, Guatemala, and Honduras. He specializes in the language and culture of the Ch’orti’ Maya of southern Guatemala. He has also carried out linguistic fieldwork on the Ua Pou dialect of Northern Marquesan and on the dialect used on the island of Raivavae in the Austral chain in French Polynesia.