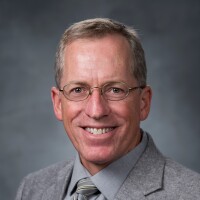 Dr. Ellison received a PhD and MA from Vanderbilt University in early Christianity and early Christian art, an MA from the University of South Florida in religious studies (Bible and archaeology), and an MEd (educational leadership) and BA (English) from Brigham Young University. He also studied New Testament Greek at St. Petersburg Theological Seminary and did archaeology field work at the Bethsaida Excavations Project near the Sea of Galilee.

His research focuses on intersections of early Christian texts, artifacts, iconography, and practices, with particular interest in

​Dr. Ellison co-chairs the Art and Religions of Antiquity program unit of the Society of Biblical Literature, and with Professor Robin Margaret Jensen (University of Notre Dame) he is co-editor of The Routledge Handbook of Early Christian Art (2018).

Before joining the BYU faculty, he worked for LDS Seminaries and Institutes of Religion. He served a full-time mission in the deaf communities of Oakland and Phoenix and stays fluent in conversational American Sign Language. He and his wife, Lauren, have five children and reside in Provo, Utah.