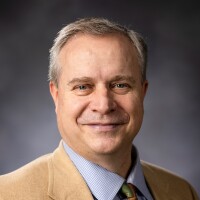 Jared has been teaching in the Ancient Scripture Department at BYU since 2006. Previous to that, he spent six years teaching Religion and History at BYU Hawaii, and served the last two years as Chair of the History Department. Jared received his Bachelor's degree from BYU in Near Eastern Studies, his Master's degree from the University of California at Berkeley in Biblical Hebrew, and his PhD in Near Eastern Religions from UC-Berkeley and the Graduate Theological Union. His primary research interests are in Ancient Judaism and Early Christianity. His dissertation was published as a book, Abraham Meets Death: Narrative Humor in the Testament of Abraham, by Sheffield Academic Press. He has also produced a World History textbook, Revealing World History to 1500, and a book related to the Apocrypha, Exploring the Apocrypha from a Latter-day Saint Perspective.

Jared has regularly presented papers at the Society of Biblical Literature Meetings and has participated in Sperry and similar symposia at BYU. He enjoys teaching Bible courses, Book of Mormon, World Religions, and World History. Jared served a Latter-day Saint mission to Campinas Brazil, and has also lived in Germany and Israel, teaching twice at the BYU Jerusalem Center 2011-2012, 2016-2017. He likes sports, hiking, snorkeling, and traveling. He is married to Margaret (Nelson) and they have five children: Jared Jr., Joshua, Joseph, Marissa, and Melia.