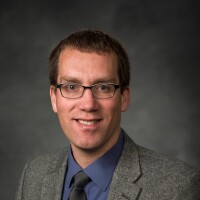 Joseph M. Spencer is a philosopher and an assistant professor of ancient scripture at Brigham Young University. He has degrees from Brigham Young University, San Jose State University, and the University of New Mexico, having earned his PhD in philosophy from the last institution in 2015. He is the author of four books (most recently 1st Nephi: A Brief Theological Introduction), the coeditor of four collections of essays, and the author or coauthor more than fifty articles and book chapters. His work focuses on philosophy, theology, and scripture. Professor Spencer serves as the editor of the Journal of Book of Mormon Studies, as the associate director of the Latter-day Saint Theology Seminar, and as a coeditor for two different book series, Groundwork: Studies in Theory and Scripture (published by the Neal A. Maxwell Institute) and Introductions to Mormon Thought (published by the University of Illinois Press). He and Karen, his wife, live with their five children in Provo, Utah.